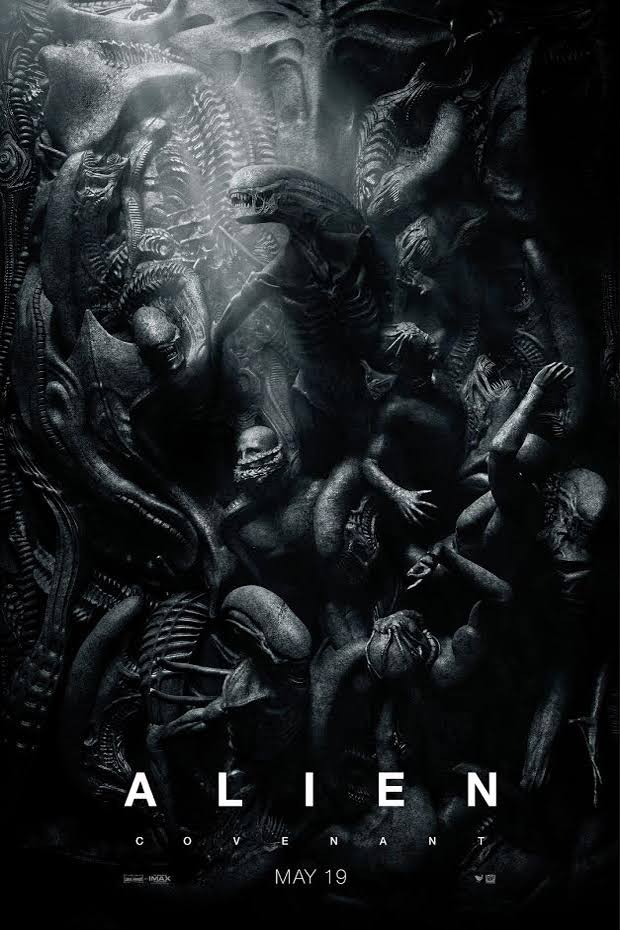 The problem I have with both Alien: Covenant and Prometheus is that as a villain, the android David (Michael Fassbender) is boring to me.  His motivations don’t make sense.  Because his actions are dictated by what the plot requires at the time of him, he’s simply a storytelling device, as opposed to a nuanced character.  What burns me about it is that he has the potential to be such an interesting character.  He’s Man’s creation that has grown disgusted with Man.  He knows he’s better than a human—he’s smarter, he’s stronger, he’s just better.  There is one excellent scene delving into these ideas where he and another android (also played by Fassbender), with a bizarre homosexual/incest subtext… and then the plot goes on autopilot.

How could a movie with two Fassbenders be so goddamned boring?

In the original Alien, the creature is such a terrifying presence.  It could be anywhere.  It was always lurking somewhere.  You never knew when it was going to attack, but you knew it was waiting somewhere.  In Alien: Covenant, it presents such a minimal amount of threat.  It simply exists.  It kills two people in a shower/sex scene that belongs in a Friday the 13th movie, and mostly behaves as stupidly as the characters hunting it.  It represents a total of maybe 15 minutes of “tension.”  There is no clever chase-and-pursue with a battle of wits or any sort of game of cat and mouse.

Somehow, and I don’t understand how this happened, the special effects are really quite bad.  In a recreation of an iconic scene, a necessary scene for an Alien movie, an alien creature bursts from someone’s chest.  Usually the “chestburster” is an undeveloped little sprout of a creature that crows to be full-sized over time.  In this movie, it bursts out looking fully-formed but small.  It looks bizarre.  It looks like someone simply took the CGI version of the alien and shrunk it down and the ratio looks so strange.  It would be like looking at something that’s supposed to be a baby, but instead it’s an adult man about a foot long.

Alien: Covenant has an amazing cast that it basically squanders.  No one stands out, no one has any great moments in this movie, except for Michael Fassbender as the two androids.  Katherine Waterson as Daniels never grows, changes or learns a thing.  Perhaps the funniest “squandered” castmember is James Franco who has a total of thirty seconds of screen time, in the form of a recorded video.  The only time we see him in the present context of the film, he’s charred to a crisp.  And poor Danny McBride, a gifted comedic actor who is mostly confined to a chair and spends half of the movie’s runtime deciding whether or not to ram his ship through a hurricane… like, you have a spaceship, why not enter the planet’s atmosphere somewhere the storm isn’t occurring?  And when he finds out his wife is dead his reaction is basically, “Oh, shit, that sucks.”

Three characters lose someone they’re married to, and only one of them reacts the way a human being would.

Prometheus answered a question no one asked by giving us backstory on the “space jockeys” from the original Alien.  Alien: Covenant goes further by showing us their home planet, a planet which has only one city, I guess.  When the characters enter the city, I kept expecting it to be momentous, showing us bizarre architecture inspired by H.R. Giger, but instead it looked like leftover sets from The Hobbit, redressed slightly and forgotten about.  Nothing about Alien: Covenant is momentous.  It all feels so perfunctory.