Fargo’s second season works on multiple levels. It works as a prequel and a tie-in to the first season, which itself tied in nicely into the universe of the original and classic movie. It also works as a story about the craft of storytelling, and the very nature of fiction and narrative.

The movie and the television show’s first season both began with the title card reading, “This is a true story…” and informs us that only the names have been changed, but the rest of the story occurs exactly as it happened.

The stories told in this universe are all entirely fiction, but sometimes life begins to imitate art, as evidenced by the not-completely-true story of the Japanese woman who went looking for the buried money from the movie and froze to death. You look at the framing method, the “true” embellished story of an unbalanced woman meeting her death in a frozen tundra and the emphasis that what the viewer is about to see is not only based in reality, but told exactly as it had occurred.

Season two plays up that title card and makes it a character unto itself. Sometimes it appears on screen, clacking away with the sound effect of a typewriter. Sometimes it’s spoken by an unseen narrator and sometimes it’s gruffly announced to us as a formality by the show’s leading lawman (Patrick Wilson). It wants to play up the idea that fiction is almost always inspired by reality and that reality can mimic what it sees in the movies. The two exist separately, on two different planes of existence, but complement each other.

The very first scene this season is of field, on a movie set, with actors being made up to look dead. Setting the scene is a very openly fabricated scene with fake carnage, with white men being slaughtered by the Indians. Later, we see white men again being slaughtered by an Indian by the name of Hanzee (Zahn McClarnon), but this is set in the real reality of Fargo‘s second season–not some made-up movie set. Again, which is real? Both are fictional, but the show has layers of fiction, claiming to be true, all of which want to be seen as being factual, maybe sort of like Pinocchio wishing he were a real boy. When we see dead men laying in a field in sterilized violence, that is simultaneously fake and just as real as a Native American enforcer of violence wiping out a gaggle of white men who have proudly mounted a plaque of their history of hanging indigenous women and children.

Peggy Blumquist (Kirsten Dunst) watches a movie which may or may not be entirely in her head. Whether or not it exists–even in the reality of the show–is never determined. It stars Ronald Reagan (Bruce Campbell) as a Nazi-killing American hero. With Hanzee hot on her and her husband’s trail, she begins to imagine that her life is “just like that movie” except that her’s ends heart-breakingly, with her husband dead and her life to be confined behind bars.

Perhaps with so many layers upon layers, with fictional fiction and relative fiction stacked upon each other, it should not have been too surprising by the time a UFO showed up. It served no real purpose and it left as quickly as it had appeared. What I’d like to think is that the flying saucer was a statement, again, about the craft of storytelling. Its larger-than-life presence is barely remarked upon and sillier things happen in straighter-told stories all the time. Perhaps it exists to show how absurd life can be, especially in a fictionalized context. Or, perhaps it exists to examine human life under a larger microscope, like something Kurt Vonnegut would have done–to show how amusing our struggles are when you imagine you’re removed from our society. To imagine people killing each other over a mutually shared illusion of power simply known as “money.” And to hover in a craft above that action at its climax, to see the end of life come over something as arbitrary as paper with dead men’s faces on it, is to see a slice of humanity at its most robust and purest.

Or perhaps the flying saucer was the physical manifestation of a plot device like a deus ex machina. I can’t say for sure.

Fargo’s second season is an improvement over a first season that was already excellent. Noah Hawley has perfected his vision and honed it and has explored the completely absurd and its relationship with human behavior (which is completely absurd). I hope he reigns it in a bit for the third season, because the show doesn’t need to begin a journey down a road of complete surreality. The show always has had a balance of the natural and the supernatural, and I wouldn’t want to see it become sullied by too much of an emphasis on the outlandish. Where it exists, in that in-between realm, is where it thrives.

I liked almost all of the new characters this season, namely Hanzee, a killer who operates by his own code of honor, not unlike a more fully explored version of Anton Chigurh, if he were given flashes of a background story. I liked Ed and Peggy and just how thoroughly fucked they found themselves after a small incident that spiraled out of control. It’s amazing to watch Ed begin with such blind faith, following a wife who clearly wasn’t happy in her relationship with him, and then reaching a point of no return in a spot of darkness that reached him. I liked Mike Milligan and I liked his Shield-esque ironic ending, befitting of his general arrogance, to have kingly aspirations that turn him into a servant. 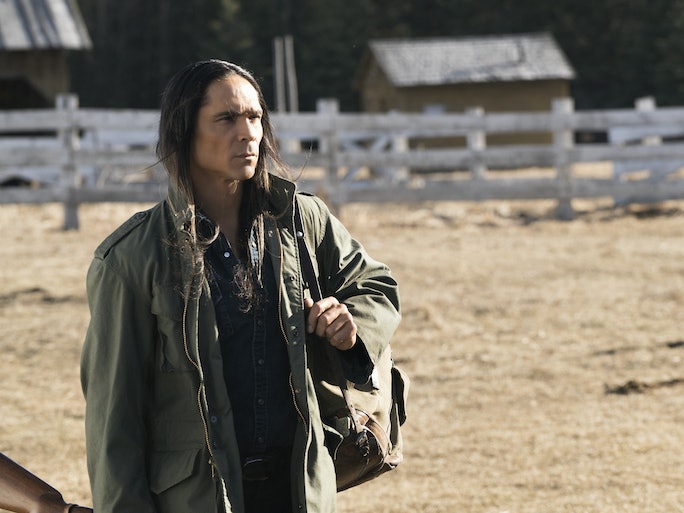 The entire ensemble together was a joy to watch. Fargo is one of the most deeply-layered television shows in recent history and it’s an absolute marvel of storytelling, in terms of writing and direction.