In Stephen King’s On Writing, he explains that, for reasons he doesn’t fully understand, people love reading about work, that daily minutiae of an occupation.  When you think about it, it’s true.  One of the most popular television shows of all time was The Office, for god’s sake.  We have to spend just about a third of our lives making money so that we can do things we want to do during and have a place to sleep during the other two thirds.  It’s a tremendously important part of our day, sometimes fun, sometimes shitty, sometimes stressful… but we all gotta do it, and it’s fun to see how someone else makes their living.  It’s interesting to see what kind of bullshit other people have to deal with, the things that cause them tremendous amounts of stress.  Or to see them do something that is intensely rewarding for them. 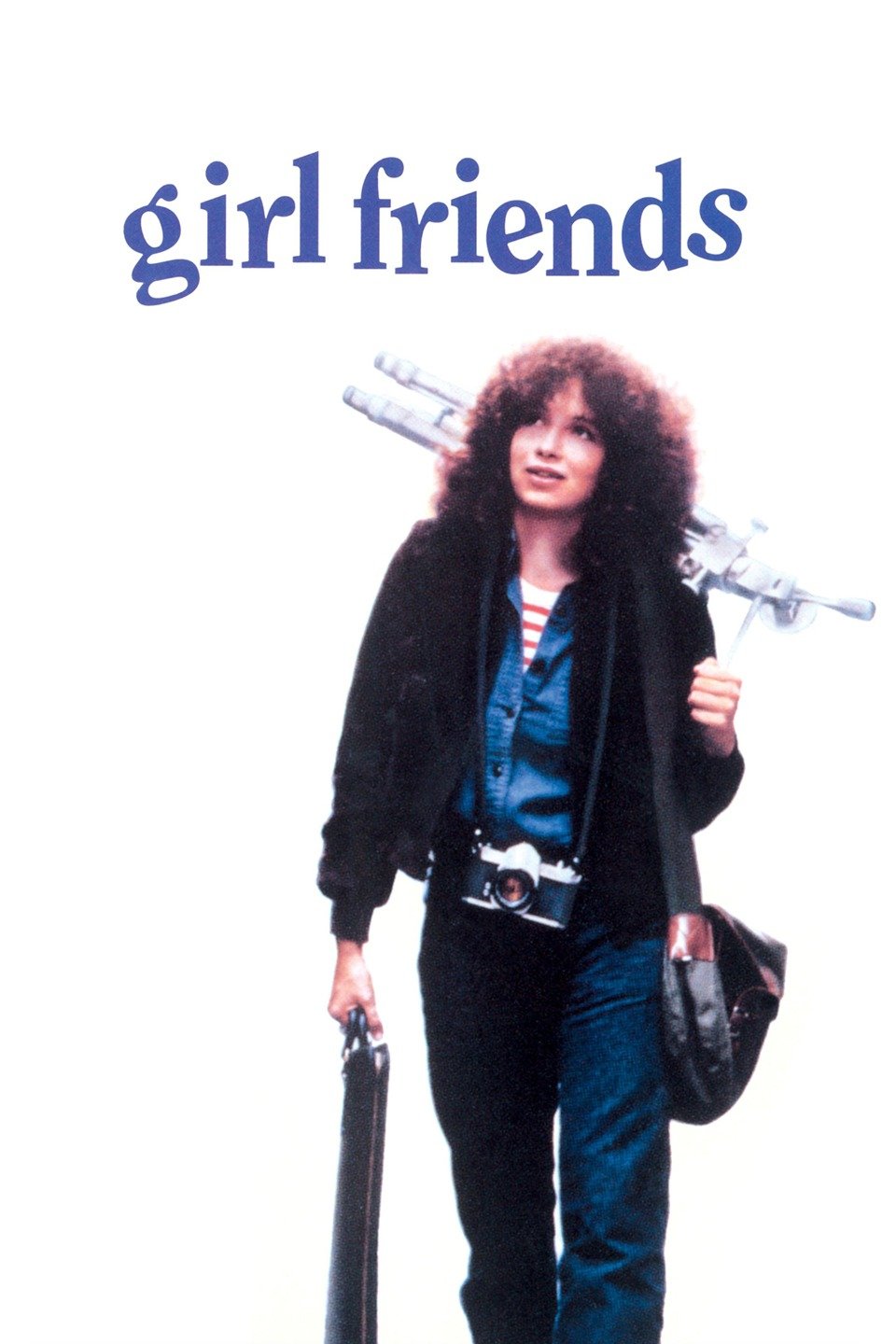 A movie like Girlfriends is a fascinating slice of life in a time that doesn’t exist anymore:  New York in the 1970s, in all its grimy glory—a time when someone could get a small apartment without having to be a millionaire.  Susan Weinblatt (Melanie Mayron) is a struggling photographer living with her best friend and roommate Anne.  Susan has a great eye and a talent for photography, but makes money through odd jobs like taking pictures of Bar Mitzvahs and weddings.

Susan’s trials and tribulations encapsulate the confusing time in a young person’s life when they’re trying to figure out what it is they want to do or who they really are.  She wants to be a photographer, but without proper experience or the right connections, it’s hard to get an in.  She thought she knew who her friends were, but when Anne gets married—and pregnant—she finds herself alone, friendless and making bad decisions like developing a crush on an older, married rabbi played by Eli Wallach.

Also joining the cast are a very young-looking, pre-Spinal Tap Christopher Guest (a romantic possibility for Susan), and Bob Balaban, who pretty much looks the same then that he does now (the guy who marries her best friend).

Susan sees herself as a serious photographer, someone who is making a statement about something greater than herself, but realizes at this stage in her life, she’s certainly not above taking a picture of a 13-year old and cracking lame jokes in order to illicit a smile from him and snap a picture at the right moment.  It doesn’t pay great, but it does pay the bills… sometimes.  When she has her electricity on.

The secret to success for a movie like this is to have the lead be likable.  That’s what a lot of character studies about just trying make a living and eek out an existence tend to forget.  Susan is likable and we can relate to her struggles.  When she makes bad decisions, it’s not because she’s a bad person, it’s because she’s got no money and is desperately lonely.  That’s why when she picks up a hitchhiker on her way home, she lets the hitchhiker stay with her in her apartment for a couple weeks—because she misses having someone around that she can talk to.  We wouldn’t be so emotionally invested in seeing her line up gigs and meetings with potential gallery owners if she was a spoiled brat who could take or leave success.

In these kinds of movies, where someone is floundering through life and trying to figure out the mechanics of adulthood, it’s important to see them struggle, to see how they grow.  Photography and art in general aren’t the glamorous occupations that the movies often make them out to be.  A job is a job and even if you get your dream job, you still might have a gallery owner tell them that they have a lot of growing up to do after you make a minor request.  Seeing someone born with a silver spoon in their mouth and making connections to their dream through nepotistic privelege just isn’t engaging.  It’s much more interesting to see someone like Susan sneak her way into a meeting and have them reject her vision—but suggest that they might know someone else who might be able to help them.

Girlfriends also received a glowing endorsement from Stanley Kubrick who said it was wonderful and made no compromises to the inner truth of the story.  The inner truth is about getting older and the pain that accompanies growth.  Sometimes people grow closer and sometimes they grow apart.  It’s hard to make friends when we get older.

Claudia Weill, who directed the film, has directed a couple of films since and has mostly worked in television, most recently helming an episode of Girls.  Given how good Girlfriends was, it’s a shame that she wasn’t more prolific.  Girlfriends was a labor of love, a passion project, that proved to the viewing world that she had a voice to be heard.

Anita Skinner, who played Anne, was nominated for a Golden Globe for her performance and has only been in one other film, Sole Survivor in 1983.

Melanie Maryon has had the most success (apart from Guest and Balaban, obviously) in her post-Girlfriends career, appearing in films like My Blue Heaven and episodes of the TV show “Jane the Virgin.”

Girlfriends is a fantastic, under-seen little gem of a film that I would recommend checking out should you have the opportunity anytime soon.  It doesn’t so much have an overarching plot as it does have a series of interconnected vignettes.  Each scene tells its own little story and, when put together, make up the whole of the movie, where we see the leads grow and change over the course of the narrative.