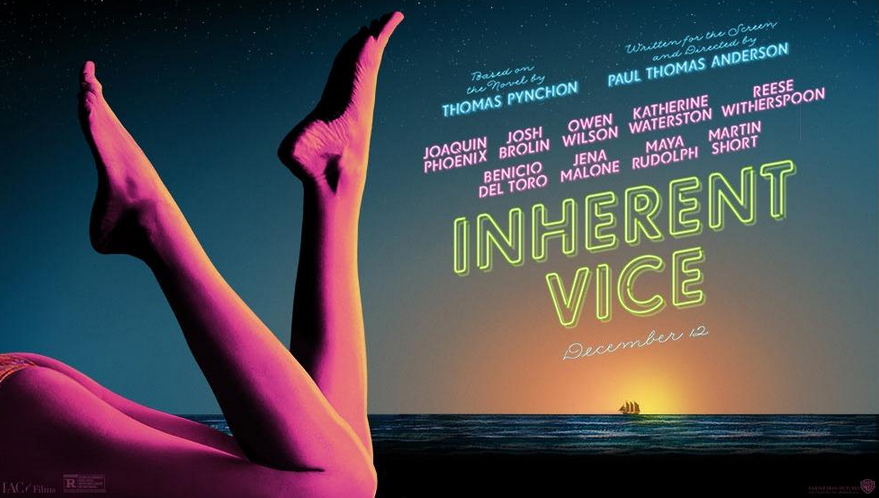 Paul Thomas Anderson movies are wholly unique to any other film made by any other director.  Even if he’s making a movie that’s vaguely in the style of another filmmaker (let’s say Boogie Nights is him doing Scorsese; There Will Be Blood is him doing Kubrick; and Mangolia is him doing Robert Altman), his films are unmistakably his own.

Maybe this is my own reaction to his movies, but almost every one of his films leaves with the same reaction when I’m done:  I walk out of the theater, quiet as a mouse, unsure if what I watched was actually something I liked or not.  I remember walking out of There Will Be Blood feeling literally depressed.  If someone had asked me if I liked it, the only answer I would have been able to manage is, “I… I don’t know.”

After I saw The Master for the first time, I’m pretty sure my answer would have been a straight, “No.”

But upon reflection and revisiting both of those movies, I very quickly came to appreciate and love them for everything that they’re worth.  Throughout his career, he’s never made a bad movie.  He’s made challenging movies that aren’t easy to digest, and he’s made some that are more frustrating to read into than others.

Inherent Vice, his new film adapted from the novel of the same name by Thomas Pynchon, is the first Anderson-directed film in some time where I knew I was watching something fantastic.  It’s not my favorite of his movies, but it’s one my favorites of 2014.  Somehow, it’s hilarious and psychologically disturbing at once in some scenes.

Filmed through a thick haze of marijuana smoke, this pseudo-noir tale gets the Big Lebowski treatment by having an ordinarily very serious kind of plot play out in its entirety, but the movie itself isn’t particularly interested in the mystery.  Sure, it’s there, but what’s more interesting than the twists that come are how people react to the twists.  What made The Big Lebowski so memorable and so funny wasn’t just to have a character’s suspicion of someone else be proved wrong, it was seeing how embarrassed that person is after being proven wrong.

Inherent Vice‘s plot shouldn’t even be discussed, except in passing, because it changes so frequently throughout its run time.  It’s the story of a missing girl who shacks up with a well-known millionaire.  There’s a boat with an almost mythical legend surrounding it (drugs, prostitution, it has it all).  Doc Sportello (the main character, pulp fiction dick played by Joaquin Phoenix) is constantly being hounded by a hippie-hating cop best known by his nickname “Bigfoot” (Josh Brolin).  How do all these elements come together?  I wouldn’t dare spoil it.  What I will say, though, is that sometimes you’re unsure if they ever will, but even if they did, or didn’t, it wouldn’t matter because the plot of Inherent Vice isn’t necessarily about what happens, it’s about observing the results of what does happen.

Joaquin Phoenix is at his best here.  Doc Sportello is a proudly dirty hippie with a private investigator’s license, though I don’t think he ever once gets paid throughout the entire movie for his services.  He seems content to merely exist in a semi-stoned state by the beach and allow the confusion of the world and his life wash over him.

Most of the exaggerated scenery seem to be the result of having smoked entirely too much plot.  Minor characters come and go and seem to mimic the paranoia that can accompany a bad high.  Nazis, drug dealers, supposed-to-be-dead husbands appear and disappear, woven through the plot’s fabric as an essential ingredient.

Everyone in the (basically) ensemble cast is great to watch.  Josh Brolin, in particular, is hilarious.  Literally, laugh out loud funny.  I want to see an hour-long blooper real of him and that banana while Doc Sportello watches with such a confused and angry face.  Reese Witherspoon, Benicio Del Toro, Michael K. Williams, Martin Short, Owen Wilson and Eric Roberts all pop up and play a subverted version of some classic noir character trope.

Inherent Vice is a fun movie that has a lot more going on beneath its surface than it wants to openly admit.  Plus, it gets bonus points for the main titles playing over the Can song “Vitamin C.”