As a horror fan, I have to admit that, despite myself, I’m a bit jaded.  I don’t want to be, but it just sort of happens.  You can only see so many zombies get disemboweled before the fear you once had, watching something like Night of the Living Dead for the first time just isn’t what it used to be.

So, along came Lake Mungo, a movie that put a genuine fear into me I haven’t had in literal years.  I felt like a kid again.  I was giddy from the fear that it gave me.  It affected me on such a deep level.  It turns out that for me to get scared these days, what I need is a soft, quiet film that explores death and how people cope with loss. 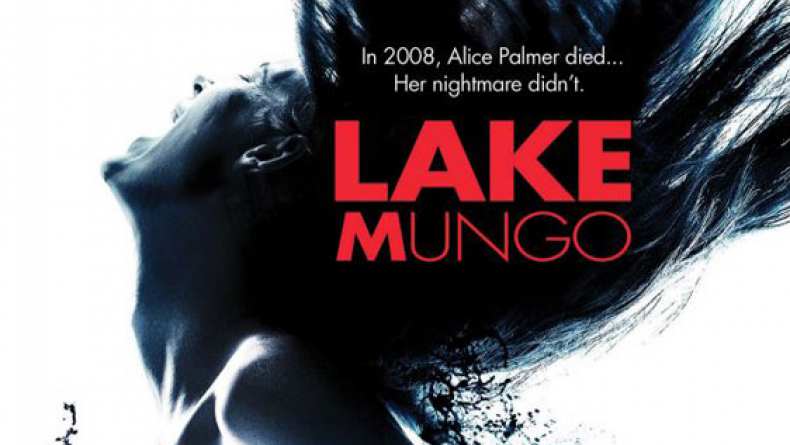 Lake Mungo is an Australian mockumentary-style horror film, opting out of the traditional “found footage” and instead looking like a polished documentary made for the BBC.  Because this is a documentary, the film has a lot more freedom and you won’t need to suspend your disbelief when no one seems to put down the camera under any circumstances.  It is about how a family who lost their daughter, Alice, who tragically drowned when they were out together for a fun weekend.  In coming to terms with her death, they believe that they have seen her ghost in the house and that she has secrets that need to be revealed before she can move on.

And secrets, she has.  She has a whole secret life, sort of like a Laura Palmer situation, including a sexual affair with the neighbor and his wife, despite being underage.  And nothing is ever what it quite seems to be.  Footage of her ghost walking around the house is proven to be faked by Alice’s brother as a means of dealing with his own grief.  Faking the images gave him an outlet, in order to contextualize his feelings and to be able to, in some way, have a physical portrait that shows her to still be around in some tangible, albeit non-corporeal, realm.

A movie like this depends a lot on its reveals, so I don’t want to give away too much of the plot, but it is so expertly crafted that I was in literal awe of it, particularly a scene near the end that the entire film had been building to.  Just when you’re sort of wondering why a girl like Alice would behave the way she does, in such self-destructive ways, it all sort of makes sense and it’s brilliant.

There’s a line in the film, spoken by Alice’s mother, that speaks a lot of truth.  She says, “Death takes everything, eventually. It’s the meanest, dumbest machine there is. It keeps coming and it doesn’t care.”  With most horror films, some sort of monster, or some sort of villain, is the main threat, while it wields death as its weapon.  With Lake Mungo death itself is the villain, and the movie is smart enough to realize just how scary death is.  When you think about it, all of us are going to die, and it’s such a terrifying thought.  The film is, at its heart, about people who have made their peace with death, who understand that The End is just a thing we all have to go through and none of us are alone in it.

My favorite horror movies usually end with something, a tinge of unease, in order to create a sense of lingering dread, and Lake Mungo achieves this with one final shot and it’s a gut-punch.

Some of the most effective moments in the movie, these scenes that create such a sense of palpable dread, remind me of the nights I used to spend on YouTube looking up cheesy “real ghost” videos.  The film is nearly devoid of jump scares, instead utilizing a series of images that create a feeling of ill-at-ease.

I saw Lake Mungo during the Halloween season but haven’t gotten around to writing it until now because it took a long time for me to digest the feelings that it made me have.  Not only is it scary as hell, it’s terribly sad.  It isn’t merely a film about grief and loss, it’s a film that understands what it means to be in mourning.

The writer-director, Joel Anderson, has not made another movie since, and it’s a damn shame.  This is a terrific debut and I hope he makes something else one day.