The first word muttered by Hugh Jackman as Wolverine in his new solo outing Logan is, “Fuck,” while some thugs try to strip the car that he’s drunkenly sleeping inside of.  Straight from the first line uttered, the filmmakers wanted it to be very, very clear that this isn’t like the previous movies we’ve seen Wolverine in.  When he proceeds to hack off his attacker’s limbs with his retractable claws, pierce skulls and then push the bullets out of his wounds into a dirty bathroom sink, we know we’re watching something unlike what we’ve seen before. 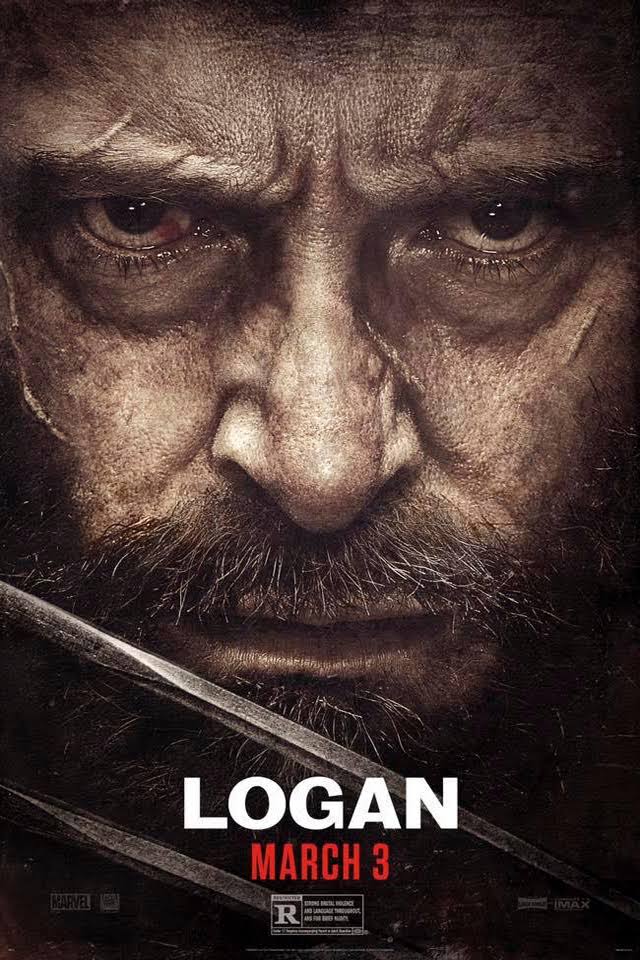 What bothers me about the “dark and gritty” superhero movies we’ve been getting as of late is that they usually don’t tonally match.  We don’t want to see Superman’s dad nonsensically tell a young Clark Kent that saving people is bullshit.  That not only doesn’t make any logical sense, it betrays the character we know and love.  Wolverine, on the other hand, has always been a morally-grey character.  That’s always been a part of his identity, so giving him a very much R-rated vehicle is in line with who the character identifies as.  I’m worried that studios will see the success of Logan and miss the point entirely.

Logan takes place in a distant future world of 2029 where mutants have been almost entirely wiped out, save just a few.  Professor Charles Xavier (Patrick Stewart) is suffering from dementia and when he’s having a bad day, it doesn’t just mean he can’t remember where he put something, or have trouble identifying his closest friends, it means that he’s capable of accidentally harming (or possibly killing) hundreds and hundreds of people.  His brain is technically classified as a weapon of mass destruction, and right now it’s under the care of someone who’s suffering from a degenerative disease that’s deteriorating his cognitive abilities.  Logan’s plan, he says, is to save up enough money to get a boat and live out on the ocean where he and Charles can be far away from anyone looking for them, or anyone that can be accidentally hurt.  But when Logan’s adamantium bullet is revealed, we’re not so sure.

Trouble finally arrives in the form of a little girl named Laura (Dafne Keen).  A woman named Gabriela (Elizabeth Rodriguez, of Orange is the New Black) offers Logan $50,000 to courier Laura to North Dakota, and then to Canada.  He gets $20,000 up front, and then an additional $30,000 when he gets there.  He knows, in his heart of hearts, that something is wrong with the situation from the get-go, but he can’t resist that much money—that much money can afford him everything he’s been working for—and agrees.

Laura, it seems, has talents much like Logan’s, even though mutants have supposedly been almost entirely wiped out.  She represents a sort of hope for the future, and their relationship together on the road reminds me, in the best way possible, of Children of Men.  Logan, Laura and Charles hit the road in not only one of the best superhero movies I’ve ever seen, but in one of the best road trip movies I’ve ever seen.

The secret to Logan is in its brutal honesty with itself and with the character of Logan himself.  In one scene, when Logan sees something horrible that has happened, his initial reaction isn’t to make sure everything is okay, his reaction is, “It wasn’t me,” and it’s such a good line because it shows us that Logan is not only hurt enough to think of himself as capable of actually doing something like it and has to absolve himself vocally, but so self-involved that the first thing he needs to get out in the air is that it totally wasn’t him.  It’s these little moments that movies were made for.  You get so much depth from such a little line.

I have to admit my apprehension of taking Logan to a realm of extreme violence.  What I had imagined was transposing Wolverine into a Deadpool type of movie, and I’m glad to see I was proved wrong.  Let’s be honest, the other two Wolverine movies aren’t great.  One is fine, and the other is terrible.  There was no reason to expect slapping an R-rating onto his third solo outing was going to make any difference, but it worked tremendously.  Finally, we get to see Wolverine in action as he was always meant to be.  And there’s little touches that the violence can afford that really solidify the world-building of the movie… for example, in the previous X-Men movies, Wolverine pretty much has to get lucky enough to avoid every bullet fired at him (with a few exceptions).  In Logan, the young Laura gets a bullet to the arm and has to chew it out of the skink and spit it out.  It’s details like this that let the filmmakers tell us that they’re not fucking around.

James Mangold has direct many fine pictures, but he really has crafted his masterpiece with Logan.  He’s grown a lot as a director, and it’s funny that he’s shown his most mature, nuanced work not with the crime picture Cop Land that boasts one of the best ensemble casts of the 1990s, but with a profane, violent superhero movie.