Good movies to watch on the Fourth of July are about as hard to come by as good movies to watch on Christmas.  Sure, for every great Christmas movie like It’s a Wonderful Life, there’s a dozen direct-to-DVD movies featuring Jenny McCarthy.  Likewise, for every thoughtful consideration on the pride of being an American, there’s about 6 more shitty jingoistic, blow-em-up flicks just waiting to be discovered on your Netflix streaming account.

Hopefully, this is a place to start, to choose some movies that won’t make you feel like a bag of shit for celebrating ‘Merica Day.

You’re goddamned right I chose a stupid movie featuring an alien invasion and the iconic shot of the movie is the White House getting blowed up real good as my first entry on movies you should watch on the Fourth of July.  You see, America more or less invented the summer blockbuster.  The movie business was always a lucrative one, but once came the 70’s and we had movies like The Godfather, Jaws and Star Wars the face of film forever changed.  It was only a matter of time before the next logical step in the blockbusters’ lifespan was going to involve (at the time) state-of-the-art special effects, shout-outs to other huge hits of the dace (faster! muster go faster!) and the overall theme that if you fuck with America, we will fuck you back so hard that you’ll regret everything you’ve ever done up to that point.

Also, come on.  You know you secretly love the President’s speech that rallies all the troops out of a depression.

“Mankind… that word should have new meaning to us today.”

At 10 hours, this miniseries isn’t light viewing.  Expanding on what had been done so well in Saving Private Ryan, Band of Brothers shows us a much broader and epic scope of the European Theater of Operations.  From training to D-Day.  From Operation Market Garden to the frozen forests of Bastogne.  From the horrors of The Holocaust to the victory at Eagle’s Nest.

Band of Brothers isn’t just one of the best miniseries ever made, it’s only of the best creations on television of all-time.  Hell, it’s one of the best pieces of filmed entertainment of all time.  Sometimes it chooses to ignore the contributions of other countries to the overall success of WWII, but this is the story of a group of ragtag Americans who bonded like brothers and helped shape the history of the world.  It’s one of the best things you’ll ever see.

Mark Borchardt never stops believing in the American Dream.  If ever there were someone who you could understand giving up, throwing their arms up the air, and abandoning their dreams, it would be Mark.  But he never, ever does.  His dream is to make a movie.

All odds seem to be stacked against him.  He’s hopelessly broke and has no prospects available to him to get himself out of that funk.  He’s routinely depressed and shat upon by the universe.  His family is supportive of him at times, but other times, like in the case of his brother, thing he’s just best suited to work in a factory or something.

You can feel the excitement radiating from him when he says, “Then, at that moment, people say, ‘My God, I’m glad I’m sitting here… because I’m actually seeing something for once.’ We get to see Americans and American dreams… and you won’t walk away depressed after seeing this, period.”

It’s hard to believe sometimes that American Movie is a documentary.  All of the “characters” that populate this films are larger than life.  But, let this movie be an example that truth is oftentimes stranger than fiction.  And, really, deep down, I think we all wish we had a friend like Mike. 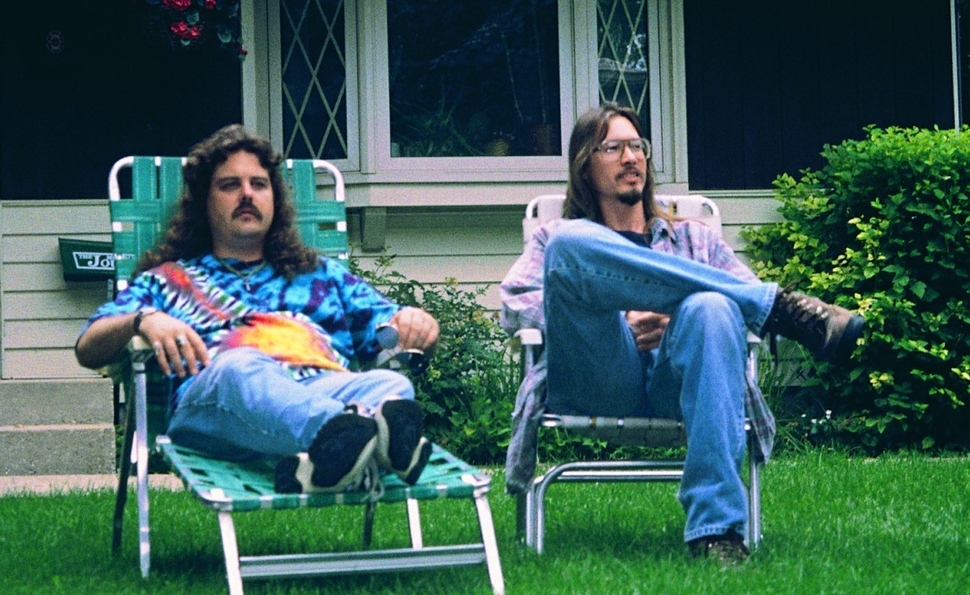 It’s hard to imagine, but the American citizens of 1939 must have had even less faith in their government than they do now.  It must have been hard to accept a movie in which a hero is but one man who’s shown that he can do some good, that one man can have an effect on this government, for the right reasons, and that he’d be praised as a hero.

The idea probably seems farfetched now, but must have seemed ever more farfetched then, coming off the Great Depression, while a great war in Europe loomed and seemed inevitable.

Jimmy Stewart, as the titular Mr. Smith, is given his job based on a coinflip.  He’s chosen, also because of his naivety.  He’s someone who appears easy to manipulate.  For most of the film, fate seems to be against him, all coins landing against his favor, until the very end which is one of the most Capra-esque happy endings ever filmed, a bright beacon of light emerging from so much darkness.

Fantasy or not, this is a movie that has faith in the American system.  It understands the corruption and can understand cynicism, but never gives up hope.

It recent years, Forrest Gump seems to get a lot of hate.  The most common criticism I hear against it is that it’s “manipulative.”  Show me one goddamn movie that isn’t manipulative.  Movies, by nature, have to be in order to illicit a response.  This is achieved through direction, cinematography, the performances, editing and musical score.  All of these things come together with a goal to make the audience either happy or sad, based on what is written in the script.  Not one movie has used those elements without manipulation in mind in order to create a sense of emotion.

Forrest Gump also gets a lot of hate because it beat out Pulp Fiction at the Academy Awards for Best Picture.  Fuck it.  Since when does having a Best Picture Oscar mean anything, anyway?  Even Shakespeare in Love has one.

If you watch this movie, and just soak it in, and allow it to be the fun spectacle that it is, it’s a wonderful time.  Tom Hanks and Robin Wright are both fantastic.  Gary Sinise’s best peformance (outside of theater) belongs to Lt. Dan, the fate-obsessed victim of war that left him a cripple.

This is one of those movies where if I’m staying at a hotel or something and I’m flipping through the channels, if I stumble across Forrest Gump I’m going to keep watching it until it’s over.  From beginning to end it’s studded with quotable lines and absolutely stunning cinematography.

There’s a right way and a wrong way to do special effects in a movie.  They should never be the focus.  They should be used to enhance a story.  With the exception of a few things that aged like shit (god help me, John Lennon’s mouth is a nightmare), this is a prime example of how to use special effects.  It’s rarely in your face and is used to put you in a time and a place and perfectly captures the horrors of Vietnam. Happy Fourth of July, everyone!

One thought on “Patriotic Movies to Watch This Fourth of July”