Since I was a kid, and up to today, I have a few movies on reserve that I use to fall asleep to.  I call them “Sleepy Time” VHS’s.  A Sleepy Time VHS doesn’t have to be necessarily comforting by design, it’s just something that’s comforting to you.  There’s something about the hum of the tape inside the VCR, combined with the familiarity of the musical cues and the dialogue that helps you sleep.  It’s like falling asleep to an old friend who’s telling you a story you’ve heard a million times, and never get tired of.

We all have our favorites.  These are some of mine. 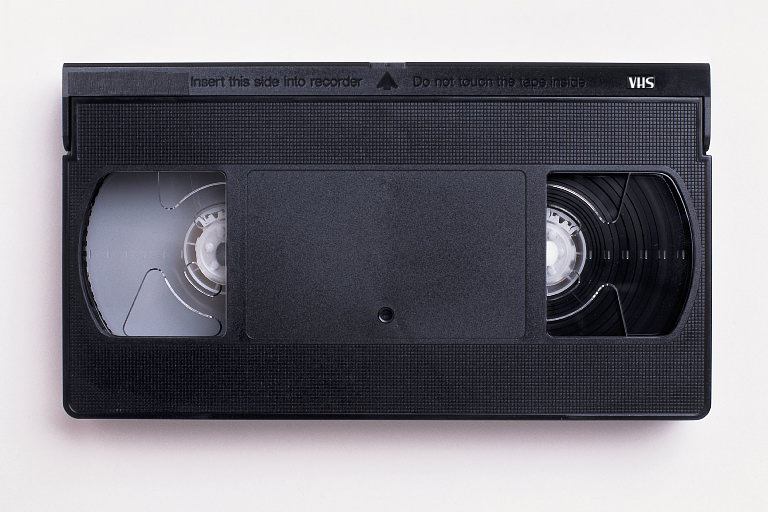 I feel like I have to defend American Beauty because so many people fucking hate it.  But you know what?  Fuck them.  It has a great score, Kevin Spacey’s soothing voice, a pitch-perfect cover of the Beatles care of Elliott Smith and it’s one of Conrad Hall’s best looking movies–with soft lighting and easy-on-the-eyes darkness in the shadows.  American Beauty is also a perfect snapshot of life in the late 90s-early 2000s that encapsulates the anger and disillusionment with American suburbia and the American Dream.  It’s sometimes too blunt and the profound statements it made at the time seem played out and trite today, but not every movie has to age gracefully.  By now this movie’s an old timer and it’s fun to watch and listen to when it’s time for bed.

Pulp Fiction is profane, violent and prone to sudden bursts of loud noises.  It’s also got Quentin Tarantino’s best dialogue out of his entire filmography (there is some competition, but let’s be real here) and an amazing surf rock soundtrack featuring the likes of Dick Dale, The Tornadoes and The Lively Ones.  Something about Pulp Fiction and its obsession with delicious hamburgers and good weed reminds me of life in California and it makes me nostalgic for that time and place, being young and in love with discovering exciting movies.  Pulp Fiction isn’t “comforting” in the traditional sense, but it sure as hell is comforting to me.

Imagine you’re standing at the cusp of two major events:  The first time you’ve ever experienced real, actual love, and the inevitability of seeing the world destroyed around you.  Miracle Mile itself is like a dream (which is why it’s appropriate that it was scored by Tangerine Dream, I suppose).  It’s about the end of the world, nuclear Armageddon, but it’s also an incredibly sweet love story.  It’s just about perfect in execution and I recommend the hell out of it to anyone who’ll listen, but it’s a great movie to own on tape and to keep around as a sleepy time movie.  For as frantic as the action is, there’s something so familiar about it, to see two people fighting against fate just to spend their last moments together.

Fargo is a movie you could watch without sound and experience a whole story with a complete spectrum of emotion–its basic approach to filming scenes with a basic reversal and editing scheme uncomplicates it and frees it from the need to be this big visually flourished work, yet it’s still lensed with precision and dedication by the Coens and Roger Deakins.  You could also just listen to it and it would be equally rewarding.  The music here by Carter Burwell is one of his best scores.  The effortlessly hilarious dialogue between fantastic character actors makes you feel like a fly on a wall just spying on something amazing happening.  Fargo is an all-time great American film, and there’s something so goddamned brilliant about the way the film balances cynicism with genuine happiness.  Marge Gunderson is genuinely happy in her life.  When she gets to solving a case, she doesn’t have to spend sleepless nights poring over evidence.  She comes home, kisses her husband, falls asleep watching PBS with him, and she just uses police work and educated guesses based on that evidence to finally catch the bad guys.  This movie is like comfort food to me.

Fear and Loathing in Las Vegas

When I was 16 I fell asleep to Fear and Loathing in Las Vegas every night for about a month.  Not because I thought it was sooooo cool to see these guys getting in trouble or because taking drugs is awesome.  It’s because it’s fucking hilarious.  For as funny as the book is (it’s really funny) the movie nails everything about it.  The use of voiceover and flashback puts us right in the head of Johnny Deep as Hunter S. Thompson as Raoul Duke.  And that soundtrack!  Fear and Loathing is a fantastic movie because it makes profound statements about life and America, but it’s not self-satisfied with how clever it is.  It’s simply clever, allows itself to be, and moves on the next wacky series of events.  To date, I think Benicio Del Toro as Doctor Gonzo is his best role, and he’s been in a lot of fantastic roles before and since.

Amelie had one of the greatest soundtracks of any movie, of any era, of any genre.  That score is a work of art in its own right, and that it’s attached to an equally deserving and incredible movie is a wonderful marriage.  Amelie also takes place in a Dreamland version of Paris that exaggerates all of its known features, like a fantastic version of itself.  It’s a wonderful film that, despite some comical nudity spattered throughout, that I think is pretty much perfect as a family film.  If your kids aren’t opposed to like ten seconds of female nipple, you’re in for a treat.  It’s got something for everyone and Amelie can reach highs for every emotion is tries a hand at.