Los Angeles is where the movies are made.  Well, not all of them, but a hell of a lot of them, and if you want to pursue your dream of making them, LA is the best place to start.  The movies that feature this city, though, never do it justice (or are filmed in Canada) and mostly showcase a watered-down version of the place that looks idealistic, clean and like a cloned version of Anywhere, USA.

These are the movies that, to me, show the real deal.

The making of Steve De Jarnatt’s attempt to film his cynical fairy tail of love and nuclear warfare could make an excellent movie on its own, but Miracle Mile is one of those hidden gems that was perhaps a little too ambitious for its time and failed miserably at the box office.  The director stuck to his guns despite the studio hating the ending and went through with it anyway–and the movie is all the better for it, even though it’s an obscure little movie no one has seen and lost the studio millions.  But, hey!  Check it out anyway and dig the photogenic LA locations of Miracle Mile, the La Brea Tar Pits and Johnie’s Diner (sadly closed).

The soundtrack, by Tangerine Dream, is awesome as always. Heat is something of a remake of Michael Mann’s previously T.V.-made L.A. Takedown, but now with a larger budget an a much more impressive cast (De Niro and Pacino is already incredible, but add in an in-his-prime Tom Sizemore, a young and handsome Val Kilmer and, holy shit, that is a fucking cast).  Filmed in and around Los Angeles and its downtown areas, these locations made the “bank robbery gone wrong” shootout scene one of the all-time best shootouts committed to film in any picture of any decade.  It’s stunning to watch.  And it’s just one of many incredible set-pieces filmed on location in LA, along with an armed car robbery involving explosives and a semi-truck.

Speaking of Robert De Niro.  This, I think I can argue, is the last really good performance De Niro has under his belt.  He was good in Ronin and he proved he hadn’t completely sold his soul in Silver Linings Playbook, but Jackie Brown gets to show De Niro doing what he does best–playing a goddamn character!  One with ticks and eccentricities and faults.  I just wanna grab him and shake him and ask him, “What the fuck happened to you, man? Shit, your ass used to be beautiful!”

Pulp Fiction is a great LA movie, too, but it takes place in a world and a place that only exists in the twisted mind of Quentin Tarantino (and it’s awesome!), but the LA presented in Jackie Brown is anchored in the world of Elmore Leonard, which is more grounded in reality–though not too grounded in reality that it can’t have fun sometimes (see also, Get Shorty).  The slummy airport locations and Compton juxtaposed with the sunny beachside house of Melanie goes to show the city as a universe unto itself.

My favorite thing about Drive was its advertisement campaign’s promise of a Fast & Furious-type idiotic thriller and then the blatant “fuck you” to that viewership when it ended up featuring a total of two chase scenes–both of which were beautifully filmed.  This is the movie, also, that helped Ryan Gosling to make a transition from That Guy From the Notebook to That Guy People Occasionally Enjoy Seeing.  After Drive came out, he was the Internet’s favorite good-looking go to guy for endless memes.

Drive also shows an LA that you don’t get to see in the movies as often… you get to see the shitty little apartment dwellings everyone has to live in, the back alleys for getaways and the ugly industrial areas.  Gone are the over-photographed Hollywood signs and emblematic palm trees silhouetted by a setting sun.

Los Angeles in the 1970s.  Tamara Jenkins’ semiautobiographical tale of a young girl and her fucked up family burning through cheap places to live in great areas of Beverly Hills in order to take advantage of excellent public schools is hilarious but, oh, so painful to watch sometimes.  Natasha Lyonne, Alan Arkin and Marisa Tomei all turn in excellent performances as various members of the modern-day nomadic tribe, but the best performance belong to the lead, Natasha Lyonne.  The movie never shies away from her more awkward adolescent moments and her journey of self exploration. 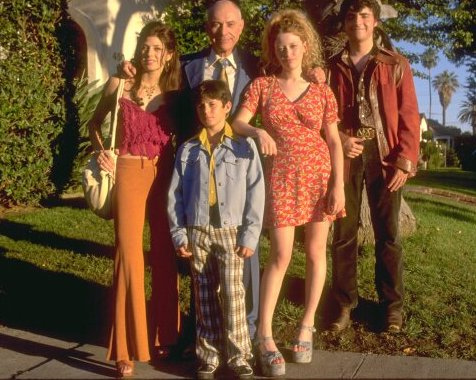 The idea of the 1940s, Los Angeles, detectives and crime is so beautiful at its very inception that James Ellroy wrote an entire L.A. quartet and games like L.A. Noire came out in its wake.

The serpentine plot unfolds and the fiendish twists it takes never seem corny or like anything other than the result of a stone cold masterpiece of a yarn being spun by a director in his absolute prime.  Curtis Hansen has done some pretty okay work before, some movies better than others, but nothing in his filmography comes close to L.A. Confidential.  1997 was a hell of a year for LA movies because this and Jackie Brown are great works of art about crime in the City of Angels.  L.A. Confidential in particular paints a vision of Los Angeles that has been dead for decades, but the patches of desert in between the urban decay are instantly recognizable.

What happens in The Big Lebowski‘s plot is as empty and nihilistic as the philosophy of the movie’s villains, but the complications that ensue and how everything gets wrapped up in the end is a work of just pure brilliance.  This isn’t my very favorite Coen brothers movie, but whenever people tell me that its theirs, I can’t disagree with their logic.  It’s a great movie. 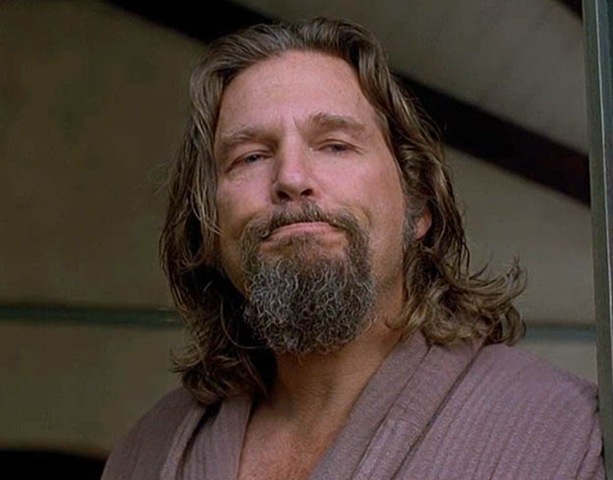