White Dog will break your fucking heart.  It’s a movie too sad to watch twice.  It tells the story of a woman (Julie; played by Kristy McNichol) who hits a beautiful, white dog with her car and then takes it to the vet.  When the vets explain to her that if the dog is unable to find a home while at the pound, it will be killed.  She temporarily adopts it, hoping to find it a new home, but decides to make the dog her own pet after it rescues her from a brutal sexual attack from a home invader.  She and the dog have an immediate bond–she loves it as much as it loves her.  She cares for it and it offers her protection and unconditional love. 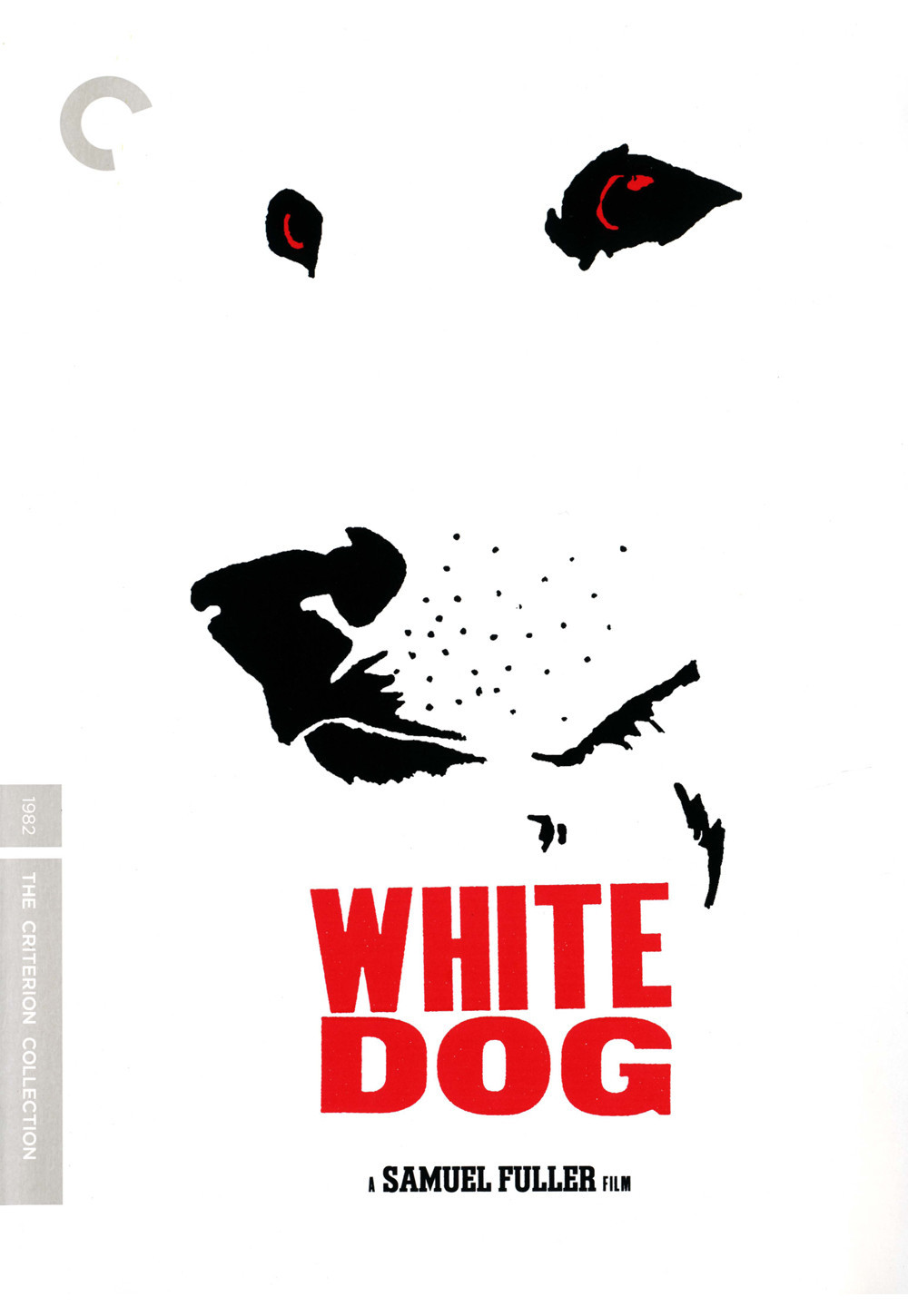 But, as she soon finds out, the dog is a ticking time bomb.  The movie explains that the dog is walking a razor’s edge and can snap at any moment.  It runs away and in the short period of time that it’s gone, it has attacked someone.  It then attacks and hospitalizes a coworker of hers.  Her boyfriend pleads with her to understand that attacking is what the animal is bred for.  It’s only a matter of time before it kills someone.  Julie, desperate to save the dog’s life, takes it to someone she thinks might be able to deprogram the beast and keep it from hurting anyone else, but she learns an awful truth about the animal:

It is a “white dog,” a dog bred by racist whites to attack black people on sight.  Keys (Paul Winfield) tells her that a dog like that is beaten as a puppy by a black man desperate for money and it grows up hating anyone of that color.  Before, they were bred to run down runaway slaves; now these animals are like a novelty for racists to own, protecting them against their perceived fear of blacks.

Keys and his partner Carruthers (Burl Ives) work tirelessly to recuperate the dog’s damaged psyche, to earn its trust.  Only time will tell if their efforts are in vain.

White Dog is an imperfect masterpiece.  Elements of the story seem overblown or ludicrous, but the overall themes and power of the movie outshine those flaws.  You have to go into this movie with a certain amount of suspension of disbelief.  At one point the dog escapes and kills someone, and Keys and Carruthers and Julie decide to keep it a secret.  This seems like an awful lot of work for a dog, to cover up a murder for it, but it’s not meant to be taken literally.  The dog itself is a metaphor for an institutionalized problem with American society, and fixing it gives some dim hope to fixing a larger problem worldwide.

Samuel Fuller (The Big Red One) directs.  He co-wrote the script with Curtis Hanson (L.A. Confidential) based on a short story that itself is very loosely based on a true story about someone who had adopted a dog that had been bred to specifically, and brutally, attack black people.  If the very plot of the story seems absurd, it’s painfully not.  Fuller had said of the experience, “It’s difficult to express the hurt of having a finished film locked away in a vault, never to be screened for an audience. It’s like someone putting your newborn baby in a god-damned maximum-security prison forever…”

The movie was unfortunately deemed to controversial for much of a release.  Rumors circulated that the film itself was racist, which is demonstrably false.  It’s about racism, and not in celebration of it.  It’s vehemently opposed to racism, just as it is sexism and violence against women.  Not least of all, it’s also a film that is sickened and saddened by the treatment of animals.  It’s clearly a moral picture, but an ugly one, so Paramount gave it a limited preview and shelved it for a time.  It is criminally underseen by audiences.

White Dog is available now thanks to the Criterion Collection.  It is available on DVD at just about any local library, I would imagine.  It’s a powerful film, and one to make you think.  It says a lot about the world that we live in.  It’s also a powerful statement, maybe one that was too ahead of its time in the early 80s.

If you have a strong stomach, it’s a great movie.  If you have a weak stomach, let essays and summaries of the film suffice.  No animals were harmed in the production, but some of it looks convincing.  It was made with close supervision of the American Humane Association as well as the NAACP.